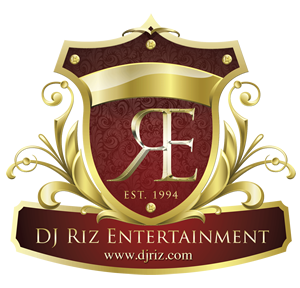 Our couples love us because of our knowledge and experience with many different music genres.  It's natural for Indian wedding couples to seek our advice on what would be the best fit for them for all of the key wedding moments. Half of the Indian weddings we DJ are with both the bride and groom being of South Asian descent (Hindu, Christian or Muslim). The other half of the weddings we do are mixed or fusion weddings where one person is from South Asian descent and the other is not (White, Black, Hispanic or Asian).

In 1994, we did our first Indian wedding. Who would have guessed that 24 years later, the company would grow into a team of 12 amazing DJ's that travel around the world making memories for couples. We are truly blessed to do what we love and love what we do. Thousands of couples have trusted us with the biggest and best days of their lives. We wanted to figure out a way to help couples during various parts of their journey from getting engaged to being married. The first part of our blogs focused on Venues, followed by Vendors, and now it's time for Music.

We have seen the importance of Sangeets grow tremendously over the last few years. For some cultures its more important and fun than the reception. Some of our Hindu Gujarati couples that used to have Garbas the night before have moved to either having a Sangeet instead or a combination of Garba and Sangeet mixed together. These events start with performances, followed by garba, rass and then open dancing with mostly Bollywood music.. Sangeets have always been a huge part of our Hindu Punjabi couples' wedding weekend. The evening starts with performances and ends with lots of dancing consisting of mostly Bollywood and Bhangra music. Our Ismaili couples see the biggest change when it comes to pre-wedding events. The festive event used to be a Pithi and then over the years it has become a combination of a Pithi/Sangeet. Traditional ceremonies followed by performances and ending with an open dance floor with mostly Bollywood music. This is usually the most fun night for these couples because they have more dancing on this day verses other days. Other Muslim couples have a similar event with the Mehndi night having performances followed by open dancing. For some Muslim couples, this is the only night with dancing. We love this night because we help people have fun and it gives us a chance to understand what the crowd will like the next day.

When coming up with the Top 12 Sangeet Entrance Songs for Couples, we based it on the following::

The following Top 12 Entrance Songs for Couples are ranked based on what we have seen used most often within the last few years.

The Top 12 Entrance Songs for Couples begins with this Kareena Kapoor-Khan & Arjun Kapoor track. In the last few years, we have seen this being considered most often. Don't be surprised to see this song at the top of the list, for a long-long time. This song was originally released in 2012. Jaz Dhami and Honey Singh sang the song. In 2016 it was remade for Bollywood. A majority of the weddings we do, will have this song played somewhere (usually for the dance floor). Fill out the form on this page and we will send you an email with all these songs on a playlist. If you need instrumental music for a brides ceremony entrance, check out our blog.

The Top 12 Entrance Songs for Couples continues with this song which has been watched over 500 Million times on Youtube. In the last few years, we have seen this used often for performances and entrances. This song was originally released in 2000. Amar Arshi sang the song for an album titled Folk Azia. In 2016 it was remade for Bollywood by Badshah and Neha Kakkar. This is played at almost every Indian wedding in the last two years.. If you need a DJ for your wedding that knows music and will take care of, contact us here.

Kangana makes her first appearance on the The Top 12 Entrance Songs for Couples list. She will be back again on this list. Her recent movies that have done well, revolve around weddings. Bollywood, Weddings and Music are all interdependent on each other. Glad they are still pumping out songs for us to play for entrances and the dance floor. Fill out the form on this page and we will send you an email with all these songs on a playlist. If you need song for a brides ceremony entrance, check out our blog.

Ranbir Kapoor & Deepika Padukone both make the Top 12 Sangeet Entrance Songs for Couples list together. This is still a very popular song for entrances, but we moved it out of the Top 3, because some couples are not feeling the line that says he left his last girlfriend to come be with you. If lyrics mean a lot to you, then this song won't be a good fit. If you want to come in singing and dancing and that one line doesn't bother you, this will be a top contender. If you still need a DJ, contact us here.

This song features Ranveer Singh & Anushka Sharma. This is not new (I can't believe this came out in 2010), but it definitely works for the Sangeet. It has the right energy and feel. We have seen lots of couples dancing and having fun with their entrance on this song. This was one of the first Bollywood movies made about wedding planning. If you are looking for a wedding planner, check out our list.

Akshay Kumar & John Abraham make their first appearance on the Top 12 Sangeet Entrance Songs for Couples list. There are multiple version of this song. If you choose to use this song, make sure your DJ knows which version you want. The wrong song played for an entrance can really get the night off to a bad start. If you need a DJ that will take care of you and make sure everything is smooth at your wedding, contact us here. If you need a Sangeet entrance for just the groom, check out our blog.

Kangana makes her second appearance on the Top 12 Sangeet Entrance Songs for Couples list. This is one of the most popular wedding songs of the decade. In the last 8 years, we have seen this used the most often. Don't be surprised to see this song being popular for a long-long time. This song was originally released in 2005. Lehmber Hussainpuri sang the song for RDB's album Three. In 2011 it was remade for Bollywood. A majority of the weddings we do, will have this song played somewhere (usually for the dance floor). Fill out the form on this page and we will send you an email with all these songs on a playlist. If you need a Sangeet entrance for just the bride, check out our blog.

A great way to welcome (swagat) your guests is coming into this upbeat Salman Khan and Katrina Kaif song. After Kangana, its Katrina who makes this list twice. Both Swag Se Swagat and Kala Chasma are great tracks to walk into. If the bride and groom like Salman and Katrina, then its a no brainer. This song has the most views on the Top 12 Sangeet Entrance Songs for Couples list. Thats over a Billion (yes with a B) views for just two Katrina Kaif songs.

Honey Singh makes his second appearance on the Top 12 Entrance Songs for Couples list. There was a time when every Bollywood album had a hit song from him on it. He has been out of the scene for a few years, but he is back with a bang. This is the newest song on our list and it will soon move up the list as more people hear this song. Fill out the form on this page and we will send you an email with all these songs on a playlist. If you need a vidai song for the wedding ceremony, check out our blog.

Its rare that you see the same Bollywood album twice on one list. Kapoor & Sons made it two times on the Top 12 Entrance Songs for Couples list. This is was one of the most popular albums of 2016. It has great upbeat dance songs for entrances and the dance floor but also has an amazing love song, Bolna. Fill out the form on this page and we will send you an email with all these songs on a playlist. If you need a song for your Bridal Party entrance at the wedding ceremony, check out our blog.

This was a small budget movie that made a good impact. This song is funny and upbeat. Perfect for the couples that are looking for something different and quirky to come into. If this song gets you going and you can picture entering your Sangeet with your fiancé on this song, then you have a winner. If you still need a DJ, contact us here.

The Top 12 Entrance Songs for Couples list ends with a song featuring Ranveer (made it twice), Priyanka and Arjun.. Surprising to see Arjun Kapoor has also made his second appearance on this list. The first one being High Heels, which took the 1st place on this list. Gunday was set in the 70s and the music has a blend Bollywood Disco and contemporary Bollywood music. When this song was released in 2014, we used it often at events, because the lyrics make sense for an entrance. As newer songs came out, this one took a back seat. Its still a good song and can be used for people who haven't heard this song in a while.

A wedding is the happiest moment in your life and you should choose music that you love. Over our 24 years of bringing joy to thousands of couples, the DJ Riz Entertainment team has helped many couples find the songs that help them create memories for a lifetime. The Top 12 Entrance Songs for Couples list was made to help busy brides that don't have time to find the best music for their big wedding weekend. If you or a friend needs an Indian wedding DJ that will take the time to understand what you need and help make your wedding weekend perfect, contact us here for more information on our services. 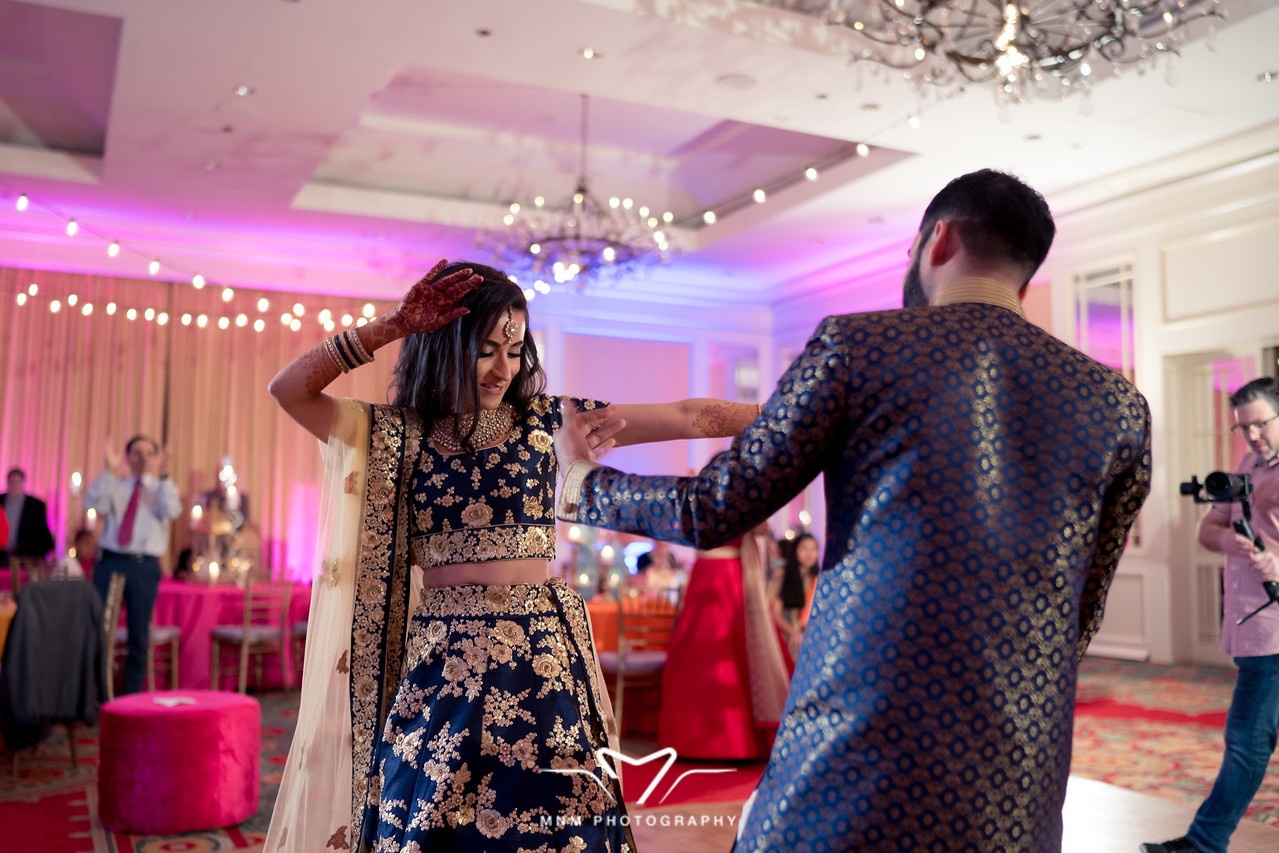 Get all these songs on a playlist: